The HCPS model is capable of milling viscosities as high as 400,000 cps. The HCPS mill can be fitted with two different sweep blades; the Sidewall Scraper for thixotropic materials and the Anchor Helix Scraper blade for heavier, tackier materials. The HCPS is also fitted with an auger extending out of its upper draft tube. This enables the mill to pull material above the upper draft tube and feed it into the media field below for grinding.

The Sidewall Scraper consists of a single rod connected to a concentric hub that rotates around the mill assembly. Teflon scrapers are stacked on top of each other in a continuous row, thus allowing coverage of the entire sidewall of the tank. As the concentric hub turns clockwise or counterclockwise the scrapers are pressed against the wall of the tank by the material being milled. As the scraper turns clockwise it creates a flow away from the sidewall of the tank and into the auger, thus causing heavier material to feed into the auger zone. When reversed, the Sidewall Scraper acts as a baffle and breaks the vortex of lower viscosity material, providing a more consistent flow to the auger. Our new design uses the batch itself to press the scrapers against the sidewall, eliminating the need for springs used in more conventional type scrapers. The purpose is to aid in flow control for lower viscosity, highly thixotropic materials. The single rod scraper support makes them easy to change (slide off and on), and easy to clean (soak and brush in a bucket). The bottom of the jacketed tank is kept film free by the turbulence created from the bottom propeller of the mill when this type of shear thinning material is milled. The turbulent flow from the bottom propeller also promotes substantial heat transfer. Acting as a scraped surface agitator, there is a marked improvement in heat transfer from the wall of the vessel to the batch.

COOLING WITH THE SIDEWALL SCRAPER

COOLING WITH THE ANCHOR HELIX SCRAPER

The Anchor Helix Scraper is an excellent cooling device for slow flowing products high in density. It is more effective in heat transfer than the Sidewall scraper under these conditions. The Sidewall Scraper creates a Forced Conduction Zone and a Forced Convection Zone while both it and the mill are in operation. The Anchor Helix Scraper can create these zones without the mill in operation. It becomes even more effective when the third type of heat transfer, Forced Radiation, is considered because of the uniform top to bottom turnover of the batch provided by the helix.

Although Forced Radiation is the least effective for cooling, it nonetheless adds to improve the overall heat transfer. The combination of all three types of heat transfer and the additional scraping of the cooling surface area at the bottom of the tank give the Anchor Helix Scraper significant advantage over the Sidewall Scraper on high density products that are not free flowing.

WHEN TO USE WHICH SCRAPER 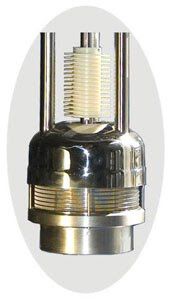 For illustrative purposes, auger is shown outside the intake upper draft tube of the mill. The auger is lowered half inside for operation.

The HCPS has an auger in the mill’s upper draft tube enabling it to grab material from above the mill chamber and feed it into the media field. Without the auger, the efficiency of the mill would be greatly reduced.

THE AUGER HAS MULTIPLE EFFECTS ON THE IMMERSION MILL

The upper draft tube is fitted with a wear resistant, hardened sleeve preventing abrasive material from wearing into the cooling chamber surrounding it. The auger is made of a much softer abrasion resistant synthetic material minimizing wear. The upper draft tube of the HCPS is cooled. Without the auger a film may form inside the upper draft tube while the mill is running, making the effect of cooling in the tube limited. With the addition of the auger a film does not form. Cool material is constantly scraped off and augered into the media field as it is replaced with incoming material creating both additional Forced Conduction and Force Convection Zones.

ENGAGING THE PROBLEMS OF SCALE-UP COOLING

The way to best control heat is by developing a Forced Conduction Zone, a Forced Convection Zone and a Forced Radiation Zone in the tank simultaneously. This is accomplished by physically scraping cool material from the tank walls, mixing the cool material with the hot material and exposing the hot material to the atmosphere above the batch. The use of internal tank cooling baffles or coils would interfere with flow during high viscosity milling and be counterproductive. Accordingly, they are not taken into consideration. While it is true that the lost surface area per gallon cannot, under the circumstances, be regained, it can be made substantially more efficient through the use of scraped surface agitation.

OTHER VARIABLES TO CONSIDER IN HEAT TRANSFER

The addition of the Anchor Helix Scraper or the Sidewall Scraper and the auger has greatly increased the ability of the Immersion Mill to effectively operate in viscosity ranges that were previously beyond its capabilities. The new HCPS High Viscosity Immersion Mills will allow companies to shift many products away from the roller mills. Not all roller mill formulations are capable of being run on the HCPS but many can be if the formulas are adjustable. 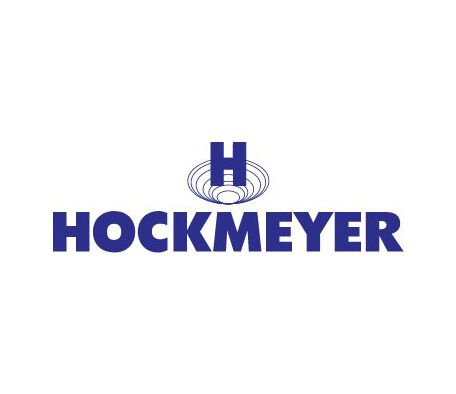